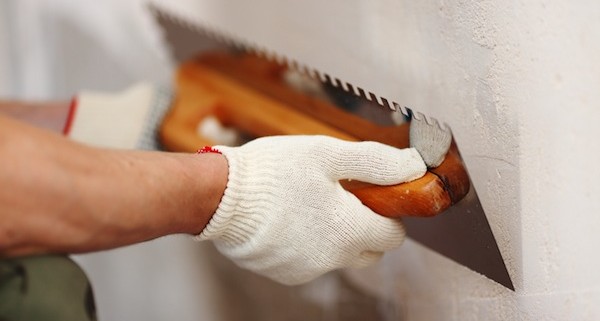 FORT MYERS, Fla. – Edward Gatlin thought he was getting a great deal on his home.

Speakers in the ceiling. A backyard pool.

But then water started seeping through his walls.

“They (kept) saying that water was getting inside from the rain or moisture,” he said. “Whatever is going on with that, so they’re supposed to correct it, so we’ll see what happens after that.”

Gatlin is among hundreds of Lee County residents whose homes have suffered from black mold and crumbling materials due to a stucco installation mistake.

The issue is with the stucco installed in houses built by Beazer Homes in Fort Myers and Tampa between 2004 and 2008, primarily in two-story residences where the second floor has exterior stucco walls built over wood frames.

“We have developed a comprehensive plan that includes inspection for possible water intrusion, and for any effects on the exterior and interior of the homes, including mold,” Beazer Homes said in a statement. “We then conduct any repair work indicated by the inspection.”

As of Dec. 2015, the company has spent $30 million to fix the issue at 279 homes with additional repairs either already scheduled or underway, according to recent numbers provided by Beazer, which described the number of affected residences as a “relatively small portion” of the homes they’ve built in Florida. Each property can cost up to $100,000 to fix, which includes living expenses for residents forced to relocate, the company said.

But getting Beazer to make repairs has been challenging, homeowner David Del Rio said.

“It’s taken a long process though,” he said. “We’re talking like 6-7 months, and they originally told us like two or three so it’s been a long haul.”

Claim delays or denials are often due to state law or the issue isn’t as prevalent, the company said.

“Typically, in those limited circumstances where we have denied a claim, either the home did not show signs of water intrusion or the claim was filed after the time period provided by Florida law to make such a claim had passed,” the company said. “In those cases, homeowners can avail themselves of the arbitration process outlined in their warranty documents.”

A “small number of homeowners” have expressed concerns that mold may be the cause of their health related issues, said Beazer, adding that they’re not aware of any correlations “nor do we understand that there is any significant risk of such issues.”

But Kris Cintron wonders if the error will have a lingering health impact on her family.

“To see black on the cement because water had been leaking through on the outside of your home for nine years, and to think your five children and yourself and your husband have been breathing that in for nine years, it was just very disturbing,” she said.

Anyone who has purchased a Beazer home with an exterior stucco finish over a wood frame within the last 10 years can contact the builder for an inspection.